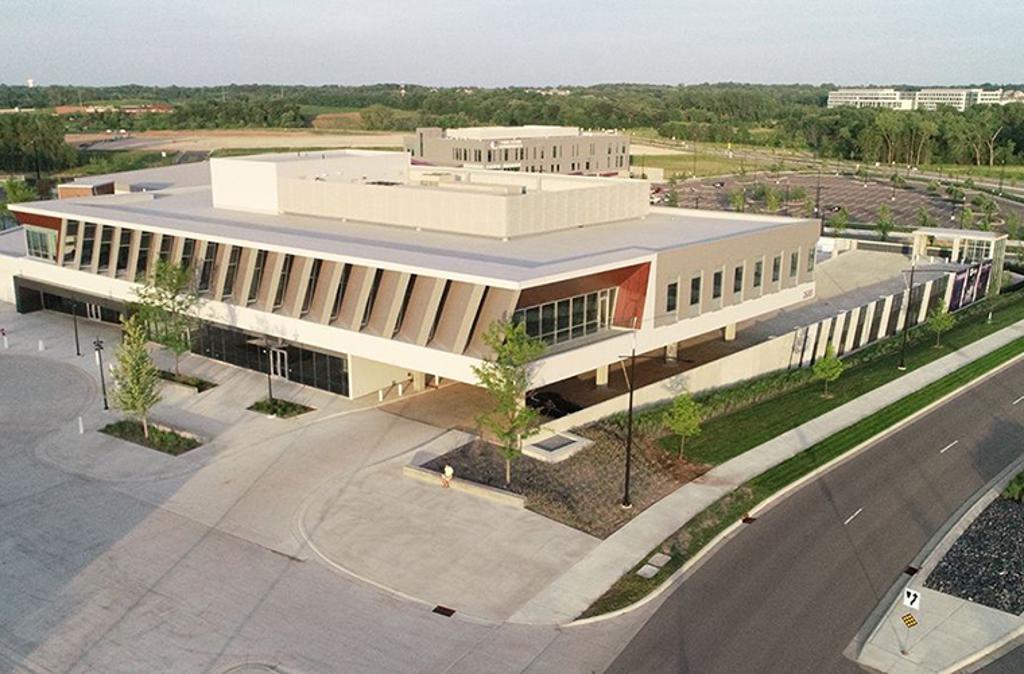 With a new lease signed by the U.S. Tennis Association, the Viking Lakes Innovation Center in Eagan is now about halfway full.

The 60,000-square-foot center is the first commercial office building on the Vikings’ sprawling 200-acre multi-purpose campus in Eagan.

Last week, the U.S. Tennis Association’s northern division announced that it will be moving from its home for more than two decades at Life Time in Bloomington to the Viking Lakes Innovation Center. The USTA has signed a “long-term lease” for a 3,500-square-foot office in the building, said John McCarthy, commercial real estate broker and advisor with Newmark Knight Frank. The firm is handling leasing for the building and the campus at large.

There's about 30,000 square feet of space still remaining in the building, McCarthy said. At the innovation center, the USTA will join the Røkkr — the Vikings’ new Call of Duty esports league — and MV Eagan Ventures, the Wilf family’s real estate development arm.

Kraus-Anderson built the innovation center, which was completed in 2019. McCarthy declined to share the financial value of the building.

The Vikings will have a museum and training halls directly adjacent to the innovation center.

The wider campus in Eagan — known as Viking Lakes — has room for more than 3 million square feet of mixed-use development. Part of the space will be devoted to residential projects, including a 261-unit apartment complex slated to open in June 2021. Eventually, there will be about 1,000 residential units in Viking Lakes, according to McCarthy.

On the northwest side of the campus, crews are building the 320-room Omni Hotel.

As for the rest of the campus? That’ll be determined by the market, McCarthy said. So, that could mean more office space, or retail, entertainment, or medical developments.

Meanwhile, Newmark Knight Frank will continue to market the space. McCarthy said interest has been increasing “every week.”